What are the basic techniques of playing Cajon drum | GECKO

You May Need these before your order 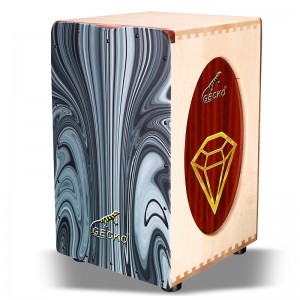 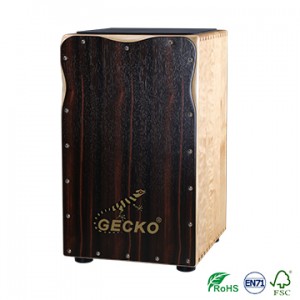 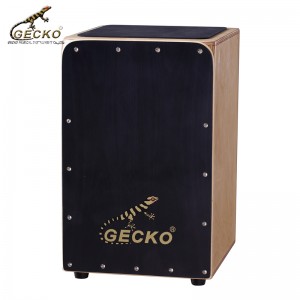 2. The Cajon drum has 3 basic sounds: the basic sound B strikes the middle area of ​​the striking surface, and leaves the drum head immediately after hitting, which can produce low-frequency sounds; the basic sound S strikes the middle part of the striking surface. ;Basic tone H strikes on the edge of the strike surface near the two corners. Once you have learned the 3 basic tones of the Cajon drum, you can practice it against a simple score.

3. In the playing posture, the player usually sits on top of the Cajon drum, with his feet on both sides of the drum, and slightly tilts the Cajon drum forward to enhance the resonance.

1. Cajon drum is a box-shaped wooden percussion instrument, so it is also called wooden box drum. The sound is similar to jazz drums. It is popular in Cuba, Peru and other places. Professionals in China call it a drum box, and the English name is box drum. It first came from central and western African countries and was brought to the United States by black slaves, and was popular in South America in the 17th and 18th centuries. In 2001, the National Cultural Institute of Peru declared it a "national cultural heritage".

2. The Cajon drum was originally converted from waste and turned into a wooden musical instrument. Snare drum strings or guitar strings are installed in this instrument to create resonance and produce a sound similar to that of a jazz drum. Some of the more advanced Cajon drums also have strainers, resonance box piston pedals, and other percussion instruments in the drum body.

3. The Cajon drum has five sides with different sounds. On its back there is a round hole for sound. Some modern-day Cajon drums have steel wires (snare wires or guitar strings) inside to give the sound more character. This kind of drum has a high improvisation space and is suitable for accompaniment in various genres, especially when playing rock-style songs, it will be more three-dimensional and dynamic.

8.Cajon drum is the suffering recorder of african folk music

9.Gecko brand : what can stop people in this city? Looking for a voice that heals the soul

10.What are the basic playing methods of kahun drum