When they first saw these two instruments, many visitors did not associate them with the instruments.

Its shape are 1 meter high, the whole plane reached 1 meter diameter, one frame profile have also been neatly divided into octagon, another is to gauge the neat site preparation square box body, looks like two by modern aesthetic appearance beautification of square table, on the chair around can immediately after the table for dinner. 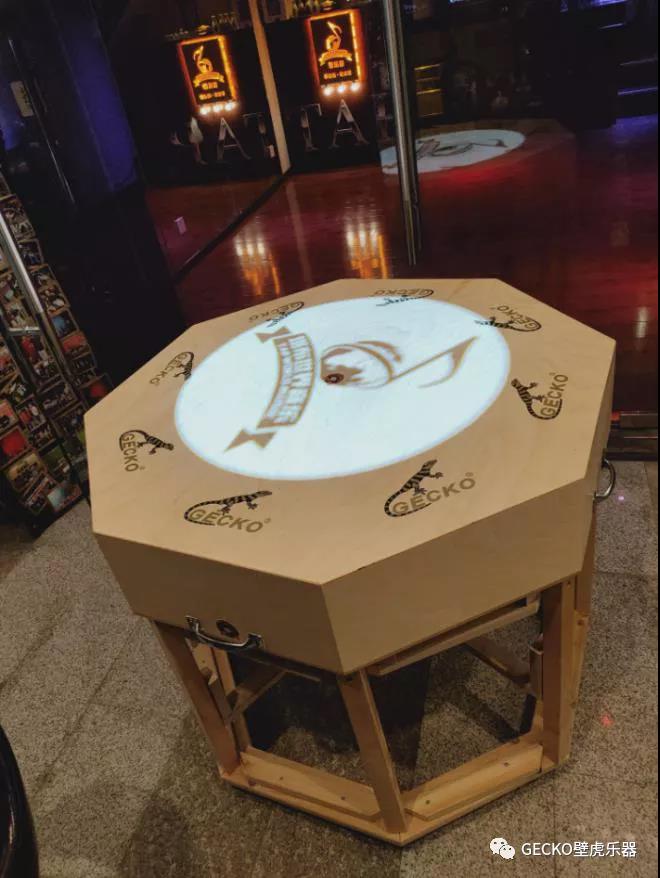 Just as everyone was talking, an employee of the Gecko brand from the GECKO Musical Instrument Factory suddenly appeared in the middle of the crowd, smiling mysteriously and saying, “Can you believe me when I say that they are one kind of musical instrument?”

When this was said, many people, though still skeptical, began to study what instrument it was and how to use it.After a few moments, the clerk spoke again. “They are cajon drums.” 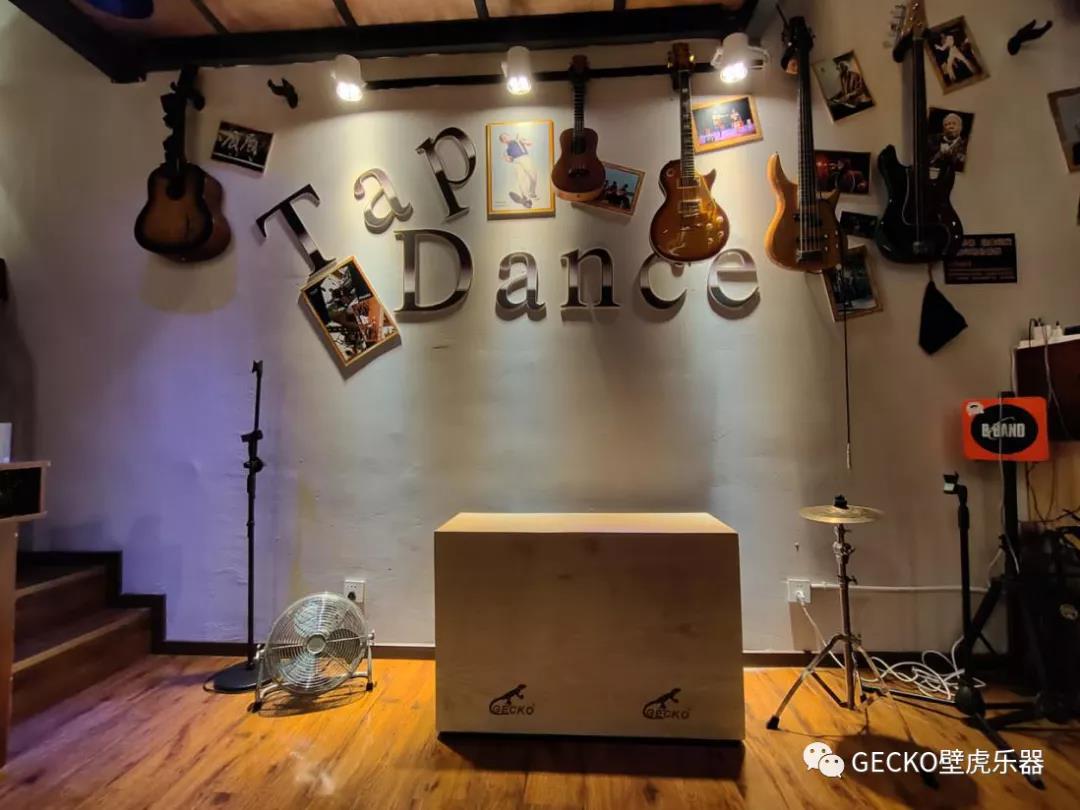 Cajon, also known as a wooden drum, is a box-shaped wooden percussion instrument that pats and strikes the front sheet of a wooden box for sound, similar to a drum set.It first came from central and western African countries, mainly in Cuba, Peru and other places, and then was brought to the United States by slaves. In the 17th and 18th centuries, it was popular in South America. In 2001, the National Cultural Institute of Peru declared it as the “national cultural heritage”.

Later, this musical instrument originated from Africa began to spread around the world. Some Professionals in China called it “Box drum”, which is also known as the English word “box drum“.So far, not only professional percussion players, but also many music players in China enjoy playing box drums.

The player sits on the instrument, leans forward and lifts Cajon at an Angle.The palm can be used to hit the drum or finger wheel drum, or some people installed on the pedal, with the foot control percussion, which makes the box drum in some drums can replace the status of the big drum.

While in front of us the two similar style of square table cajon drum, drum is a gecko box, tap the face of the master teacher Mr Chan girls, so traditional macro drum can only be used for individual performances and performing forms a single problem, after years of groping and try, and that the square table card original macro drum, in the high volume of 1 m wide and 1 m, the drum has four rings of string, than traditional card macro drum for five times as large.

With the enlargement of the drum box and the selection of wood in place, the bass of the eye axis of the drum is strong and firm, and the high note is transparent and bright. The SLAP penetrates the heart even more. When you hear the music played with it on the spot, everyone unconsciously follows the rhythm, “Hi” to explode!

In addition, it is worth mentioning that the enlarged Version of Kahong drum, through special techniques, has changed the previously solo-only form and opened up the form of multiple people playing together with the drum. A drum not only makes the musical expression more diversified, but also gives new vitality to the performance form of percussion.

Music is loved because people can relate to it, and music itself is a meaningful thing to share.One person playing drums can give the audience to pass the power, people playing drums can more before the transmission, and partners to share the pleasure, the recent gecko eight xianding table Cajon drum is about to appear in Chongqing, looking forward to come with you together “drum and draughts”!