The basic gameplay of cajon drum.From the professional Gecko manufacturers to take you into the world of cajon drum

The percussion players of cajon drum mainly use their hands to beat the drum at different positions to produce sound. Among them, they can use fingers to make rolling, friction to make rolling,different parts of the palm or in a specific position to make different sound effects.Even can also use the ball of the foot or props (such as foot pedal) and so on to create different timbre.

1.Bass Tone (B):Bass Tone means to hit the drum head close to the center with the whole palm 5 fingers together,and immediately leave the drum skin to produce a low frequency Tone.Fingers closed, slightly opened,or arched will change the Bass sound, which is like a Bass drum.

2.Tip Tone (T) is also called Finger Tone (F):Tip Tone means to hit the top of the drum close to the border with the first and second knuckles of both hands.Tip Tone should be gentle and stable when practicing,and should not produce loud line sound.

3.Slap tone (S) is also known as Crash:after hitting the drum, the finger should be lightly pressed to make the drum skin clear and high-pitched,which is the most difficult.SLAP Voice: With the fingers of both hands,you quickly hit the left and right corners (the area with the ring line) above the Cajon.This sound is the equivalent of a Snare drum.

4.Open Tone (O):Open technique refers to the attack on the palm edge and fingers. After the attack,the fingers do not press the drum skin and the hands leave the drum face immediately, and the drum face is sustained in free Tone.After hitting,the sound sounds longer and deeper.

5. Finger muffling:This technique means that after hitting the drum surface, the hand or the finger stops on the drum surface for a short time,or the other hand is used to assist in muffling the sound,so as to eliminate the prolonged vibration of the drum surface.The sound sounds relatively short.

In terms of performance posture,the most common method is to sit on the top of the box cajon drum,with both feet on both sides of the box drum,and slightly tilt the box drum backwards to enhance the resonance of the box drum.

This is because the original box drum,the bottom of the board, so the contact with the ground is wider, the resonance is also slightly weakened.At present,some of the new types of wooden box drum are equipped with supporting feet at the bottom corners,thus improving the resonance.

After sitting on a stable drum,it is usually recommended that the front end of the Cajon be slightly tilted in order to get a better resonant tone. This is the case with most drum instruments.

But this sitting posture will be somewhat unbalanced,at this time you can open your feet slightly outward,with the heel against the lower edge of the wooden drum,in order to achieve balance.

1. The second position is one foot before, one foot after,like a super Mari jump, can also stabilize the position when hitting,this position is quite stage effect,the range of body swing can also be larger.

2 can also find a wall,the back against the wall slightly tilted Cajon front can be easily played.

Other key points of cajon drum

1. When playing a cajon drum alone,basically you must be able to play at least 5 different timbre, which requires a long time to practice.

2. Take off your rings, wristbands and watches before you play the drums.Do not play the drum with anything other than your hands, and do not touch sharp objects while using it.

3. Cajon drum regardless of appearance, playing style...",which is still evolving in recent years,is a type of instrument whose potential has not yet been fully explored.Let the performance more lively!

5. Skilled musicians can avoid making a clanging sound even if they hit in the clanging area.

6. Can be said to be an instrument of unlimited potential,we can also be installed with bells,bells

7. Generally speaking, the sound of wooden drum can be roughly divided into three different timbre concepts:high frequency,medium frequency and low frequency. It plays the role of fixed rhythm,usually repeats a rhythm continuously, but it can also play Solo.

8. Although wooden drum is a hand-played instrument, it can also be used with a drum brush or drumsticks, but more attention must be paid to the details of the fingers.

It's not just Bass,Tip,and Slap.To get more and more different timbre,you can Slap and Slap on all the hitting surfaces of the drum box.

We are professional cajon drum manufacturers,hope this article is helpful to you.please try more! 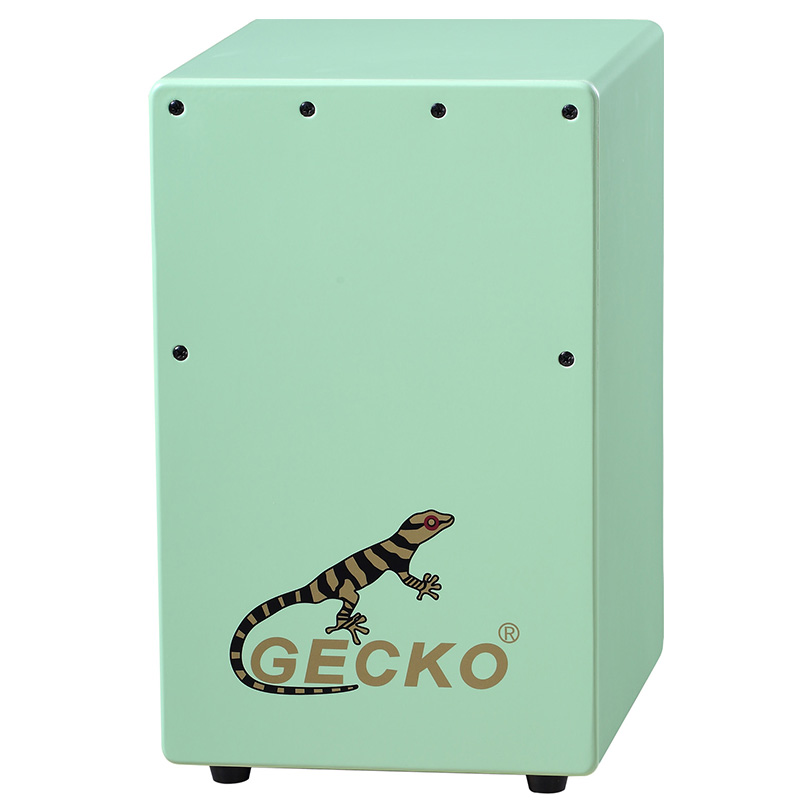 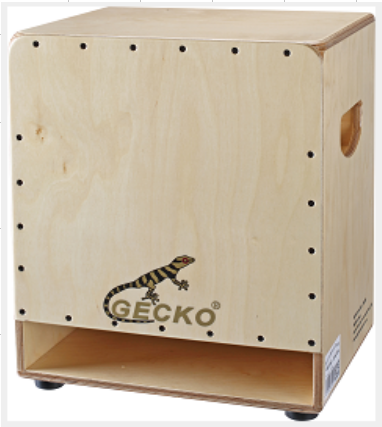 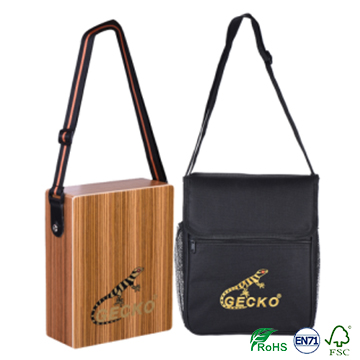